Lynne and I serendipitously (read: accidentally!) ended up on the famous San Antonio River Walk on a perfect spring-like Friday evening.   We were headed to a bistro for dinner, so we were looking for a “reasonably priced” place to park in the downtown area.   We parked the car and walked through a doorway to exit the lot, only to stumble onto this: 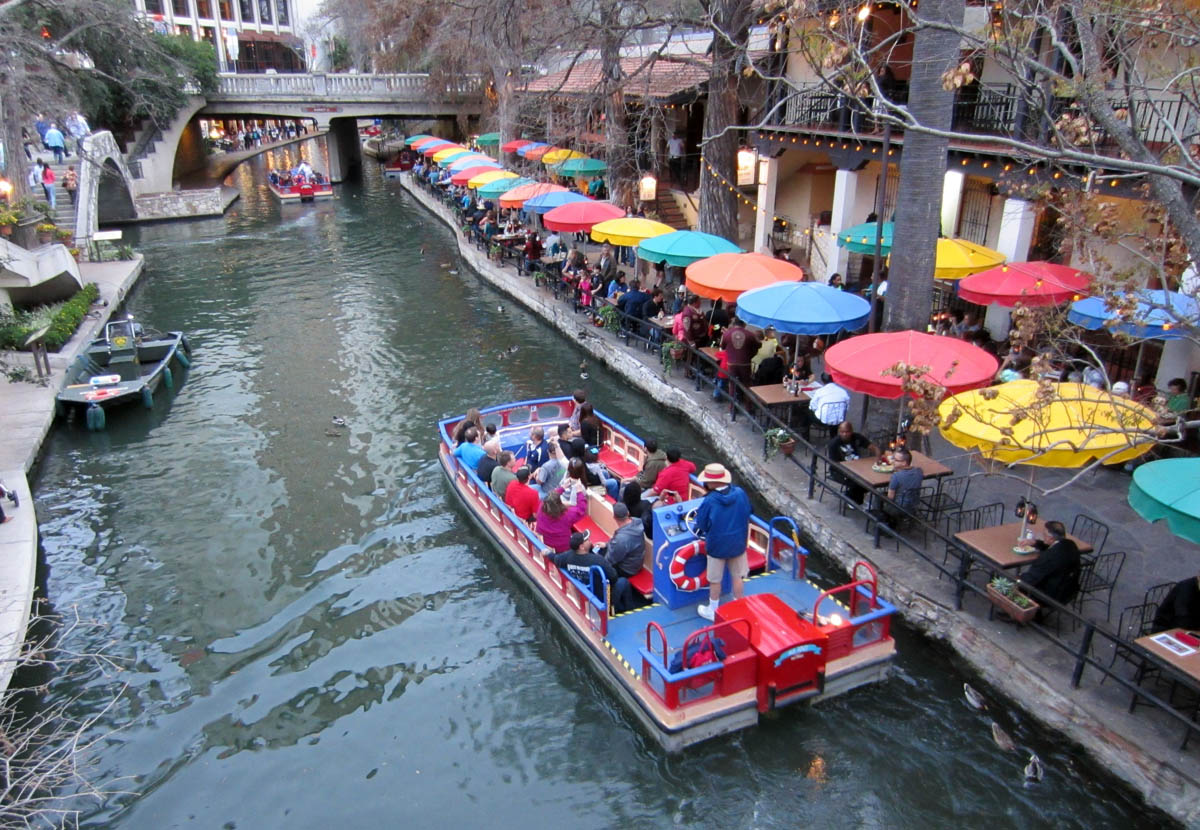 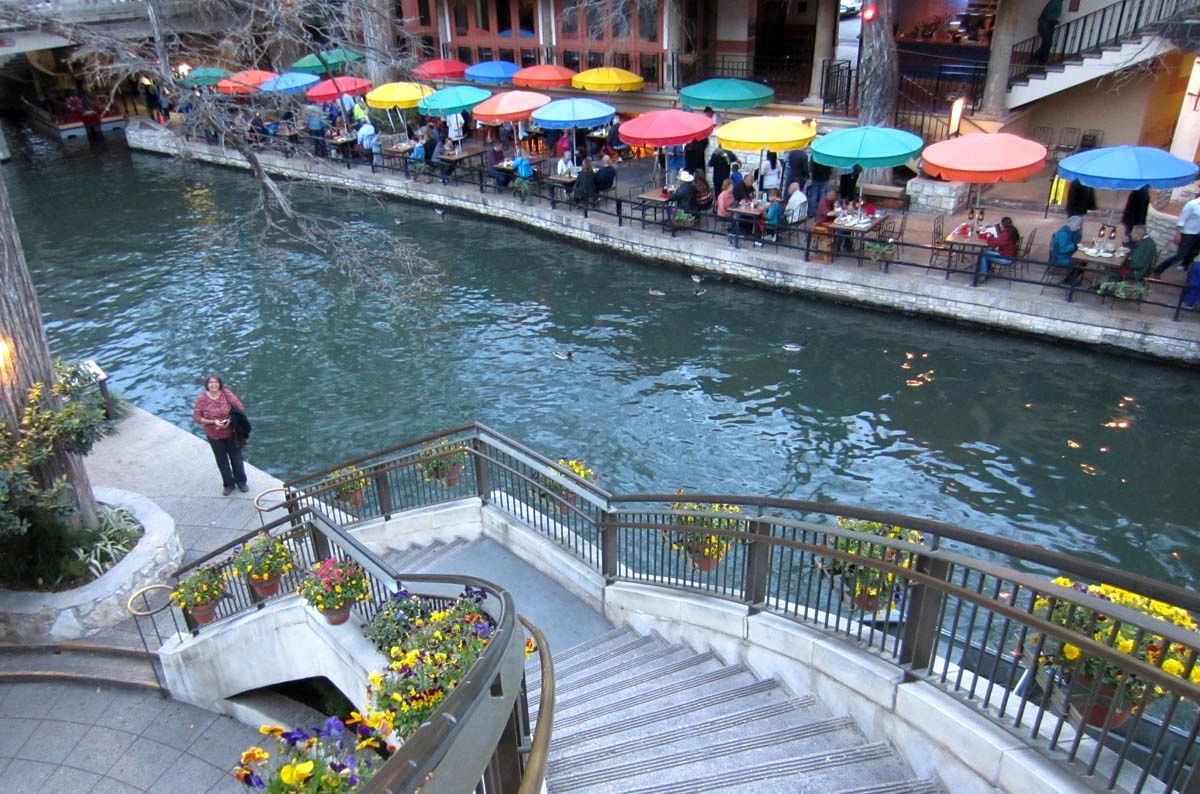 Lynne waits, across from Casa Rio…

Since the River Walk is one level below the streets of downtown, we did not see it until we drove into the lower level parking lot.  It’s a good thing serendipity intervened, because the very next morning, the weather would turn to nothing short of miserable for the remainder of our stay.

This famous River Walk is billed as “The number one tourist attraction in Texas,” offering over five miles of walkways among lively restaurants and Texas-themed shops selling tee-shirts, trinkets, and trash such as giant-sized “Texas Fly Swatters.” 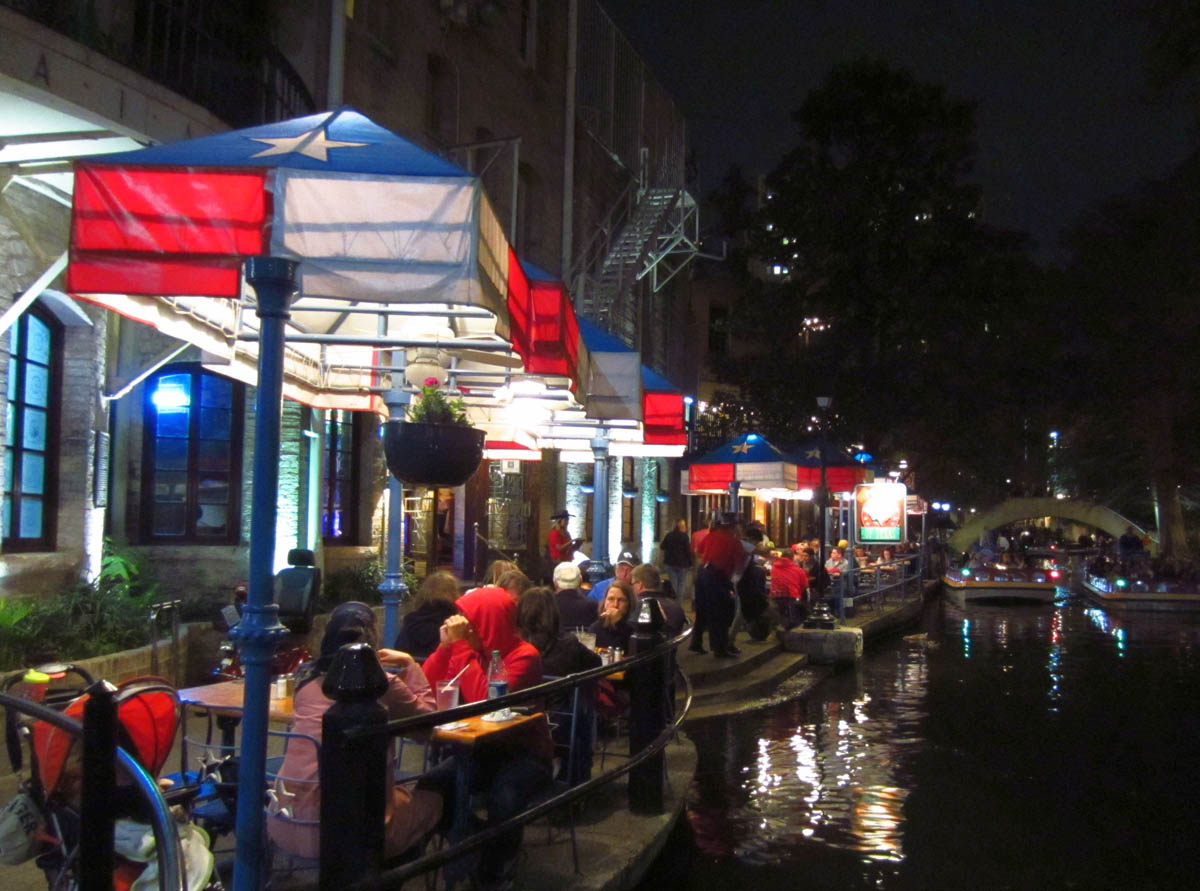 There are all sorts of crazy attractions like an amphitheater with the stage on one side of the river and seats on the other side.   Or “marriage island” where people can go to get hitched.  But what impressed me the most were the gigantic Cyprus trees with their massive trunks lining the sidewalks along the river, particularly given that they are an entire level below the street.  I have to say, it was a bit disconcerting walking these crowded, “charmingly lit” sidewalks, some with no railings along the water after two large margaritas! 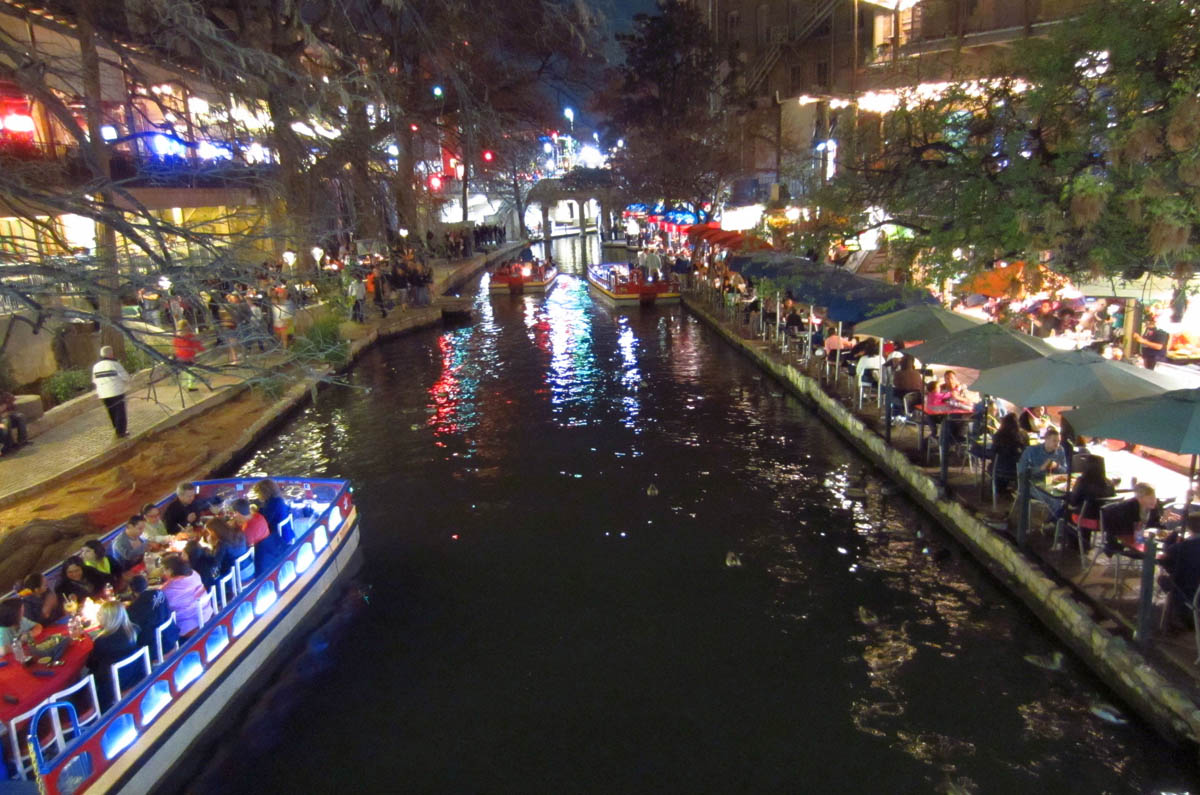 The boat in the lower left corner is a unique version of the river boats, in that it offers on-board dining while plying the river. Must be a restroom stop, since there are none on board! 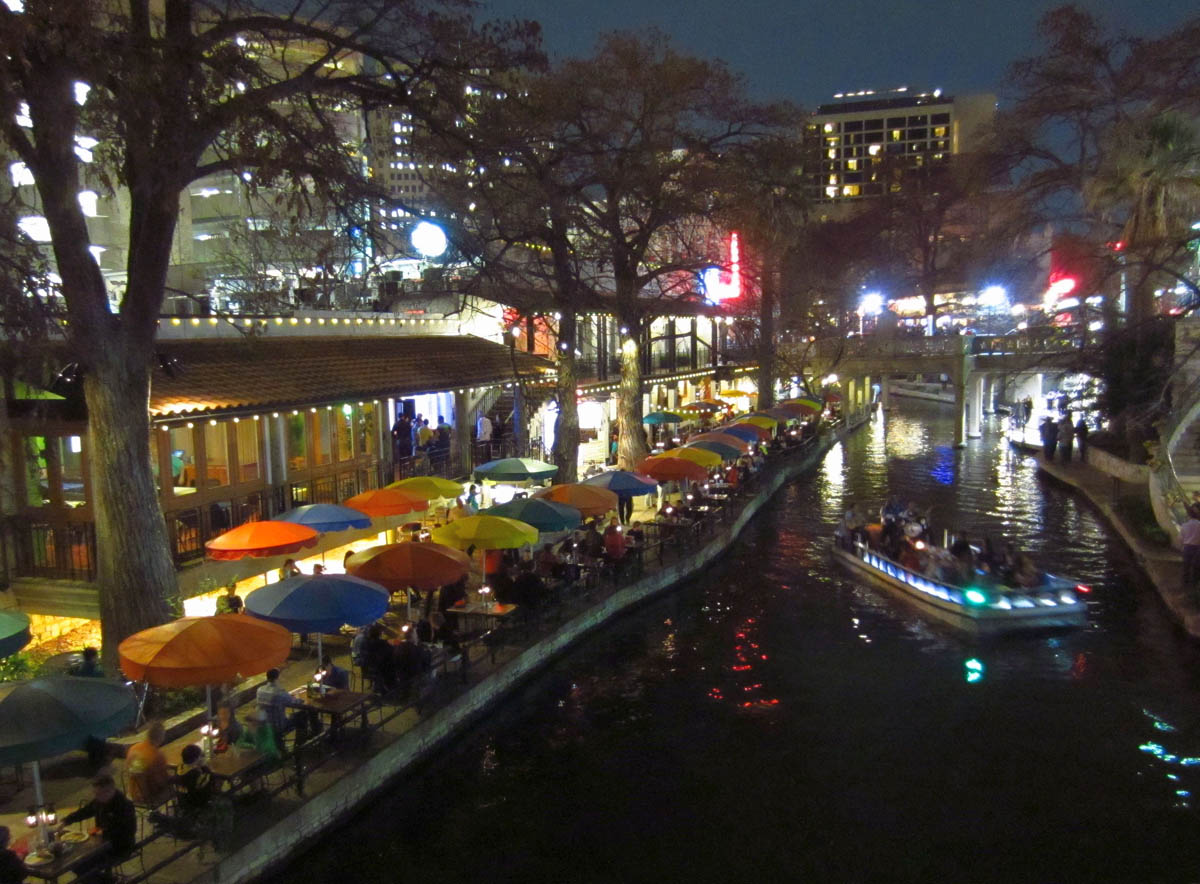 We had originally planned to spend all day Saturday exploring the sights of downtown, including the new section, the “River Walk extension,” down by the old Pearl Brewery.  This area has undergone a bit of a renaissance, and is now the location of the San Antonio CIA (Culinary Institute of America.)  So it is an up and coming trendy place for restaurants and bars (Pearl Beer not mandatory.) 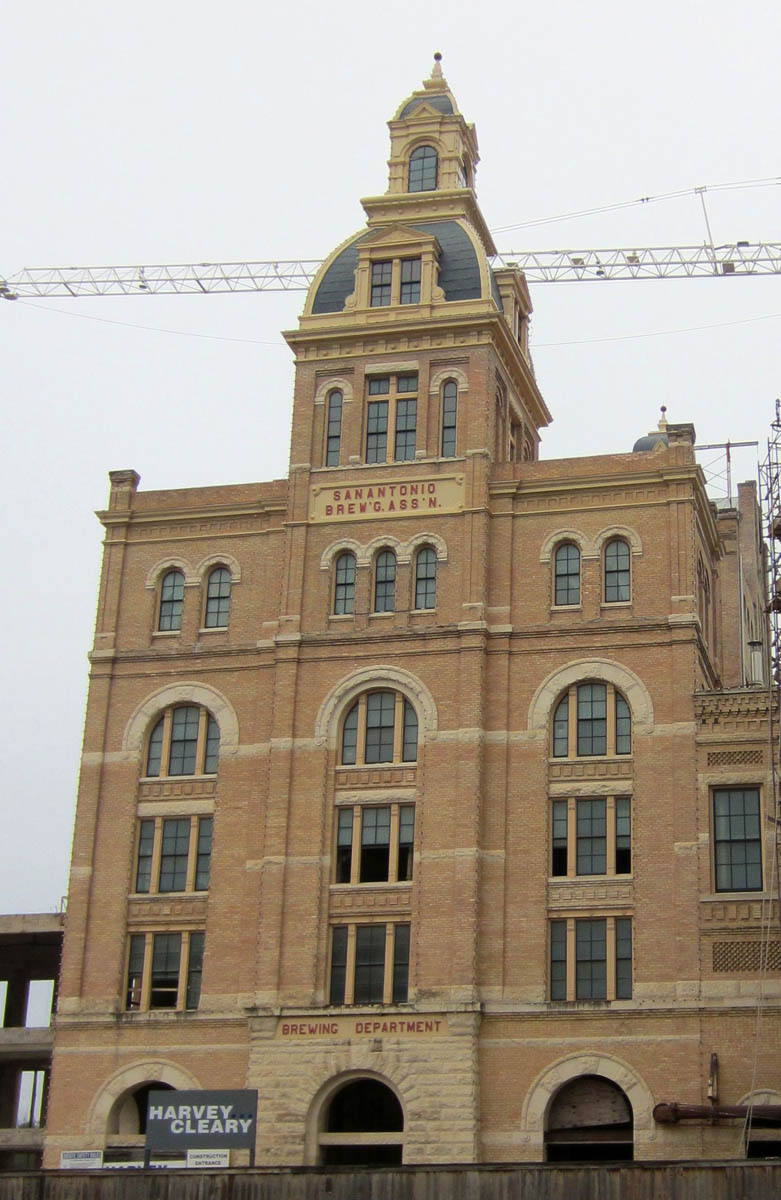 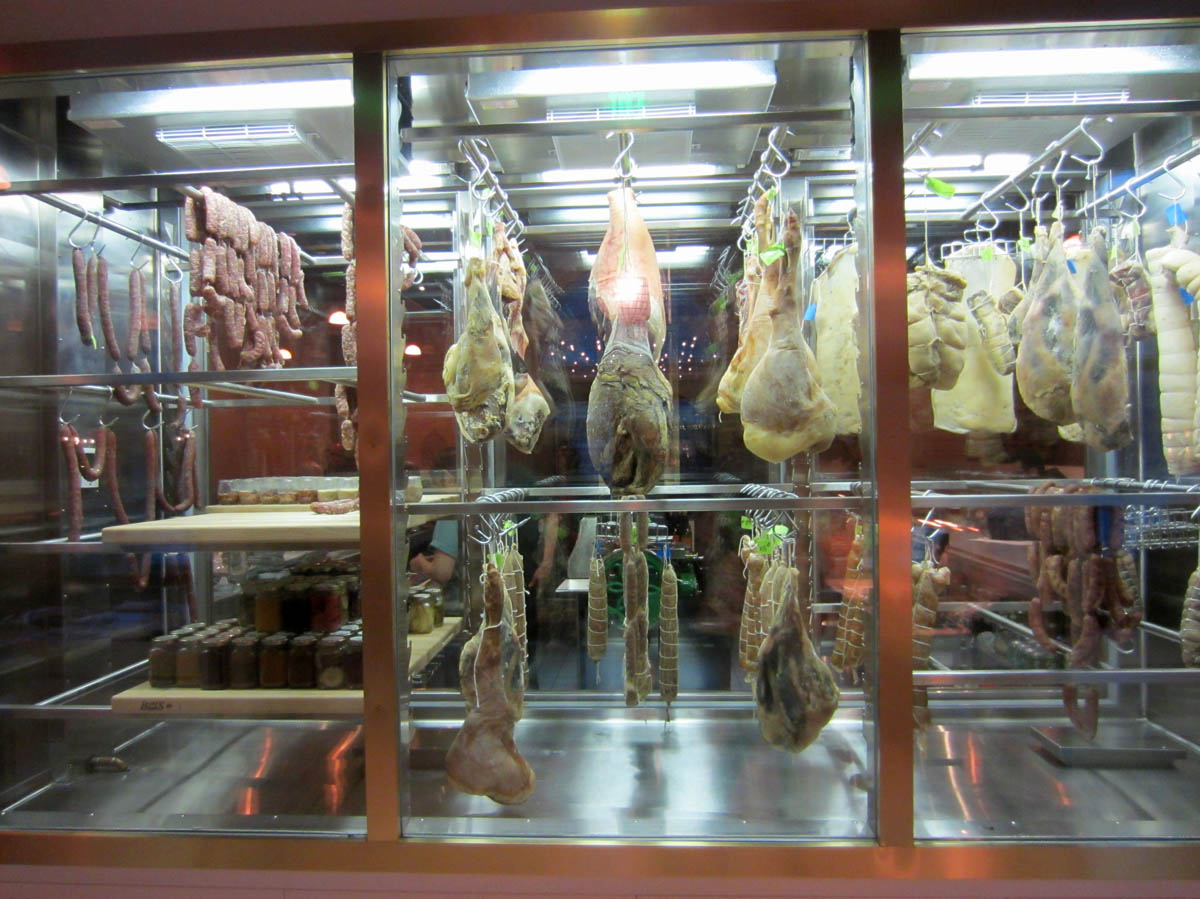 “Cured,” the new charcuterie in the Pearl Brewery Complex. Meat hangs to “cure” in the entrance-way. (I won’t say whether or not a Vegan Vagabond was sighted on the other side of the hanging hooves.)

A water taxi cruises the entire river, including this new section, which transports boat passengers through a lock and dam system, making a nine-foot level change to reach the newly opened section of the river.    We thought this would be a fun way to tour the river, since the water taxi offers unlimited rides for $15 for 24 hours from end to end, versus the $8 one-hour boat tour.  But it was just too darned cold, so we just decide to bag it.  We would each do our own thing, and then meet up for dinner. 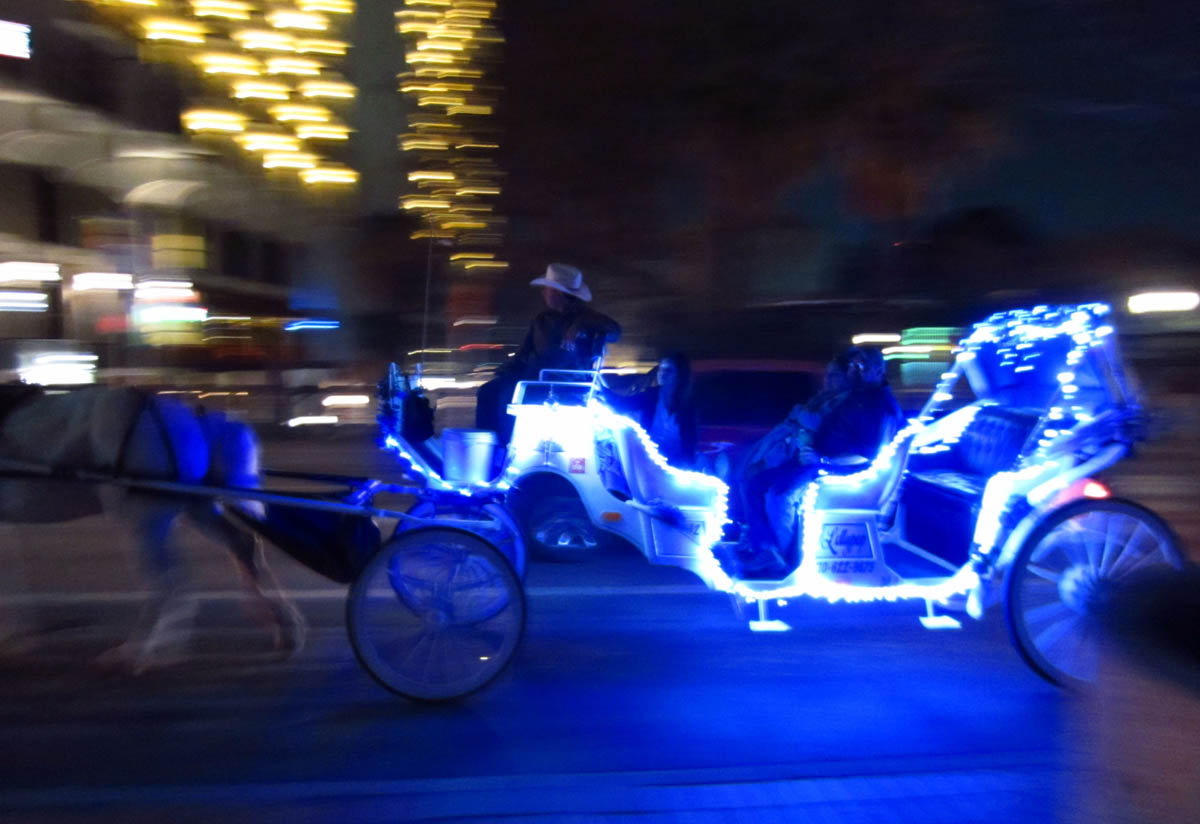 Feeling a bit melancholy from the dismal weather with so many sights still to see, we drive into downtown to find a place for dinner.  As we are driving along the freeway, I see the familiar brown Parks Service sign overhead, and it suddenly occurs to me as I blurt out, “Oh SH*T!   We forgot the Alamo!”   Lynne quickly swerves off at the exit, but with darkness falling, we decide it is not worth the $12 to park downtown, so we will just do a “drive by shooting.” 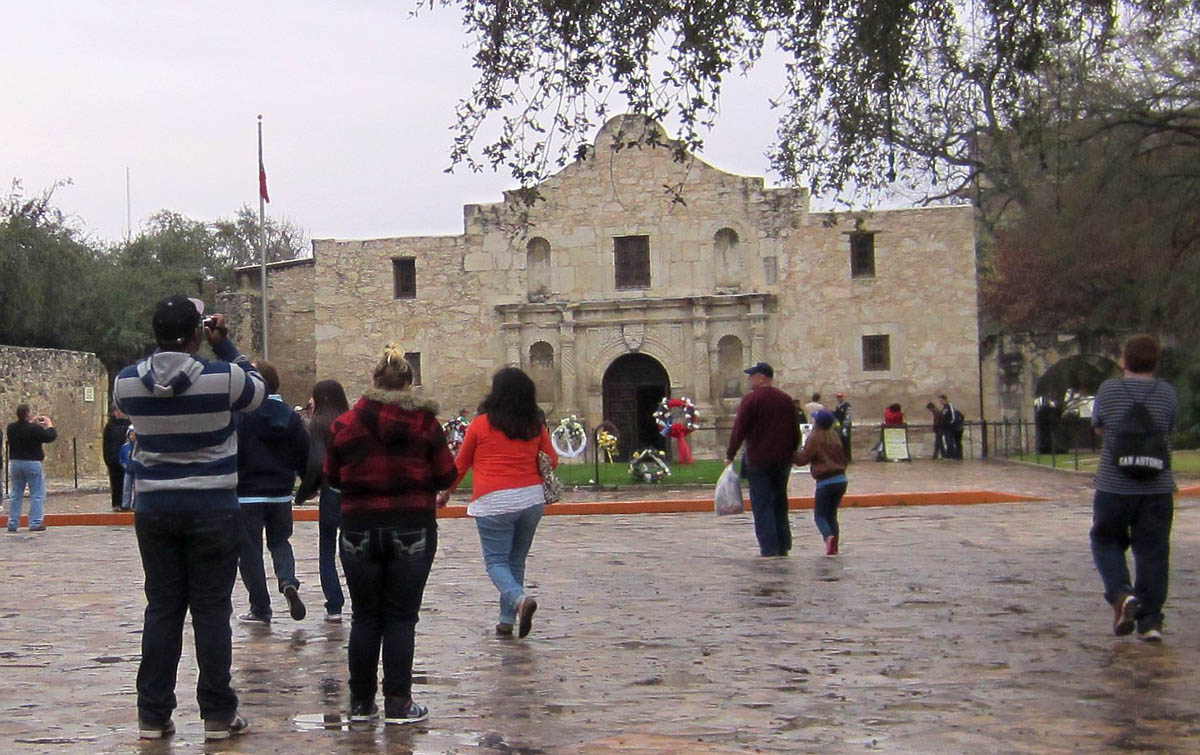 It seems only fitting that the two Mexico sympathizers would be the ones who fail to “Remember the Alamo!”

5 thoughts on “Unforgettable (and Forgettable!) Sights of San Antonio”