As I mentioned in the previous post, the town of Mulegé is tiny.  There are six taxis.  Not taxi companies, mind you, but six taxi cabs!  Two of the six cabs belong to Salvador and his brother Ignacio.   Salvador runs the only tour company in town, typically offering tours to see the cave paintings in nearby La Trinidad.  Having spent the last year touring ancestral puebloan cave paintings, petroglyphs and pictographs in the west, I am not really up for more cave paintings right now.  But I sure would love to go to the beach. 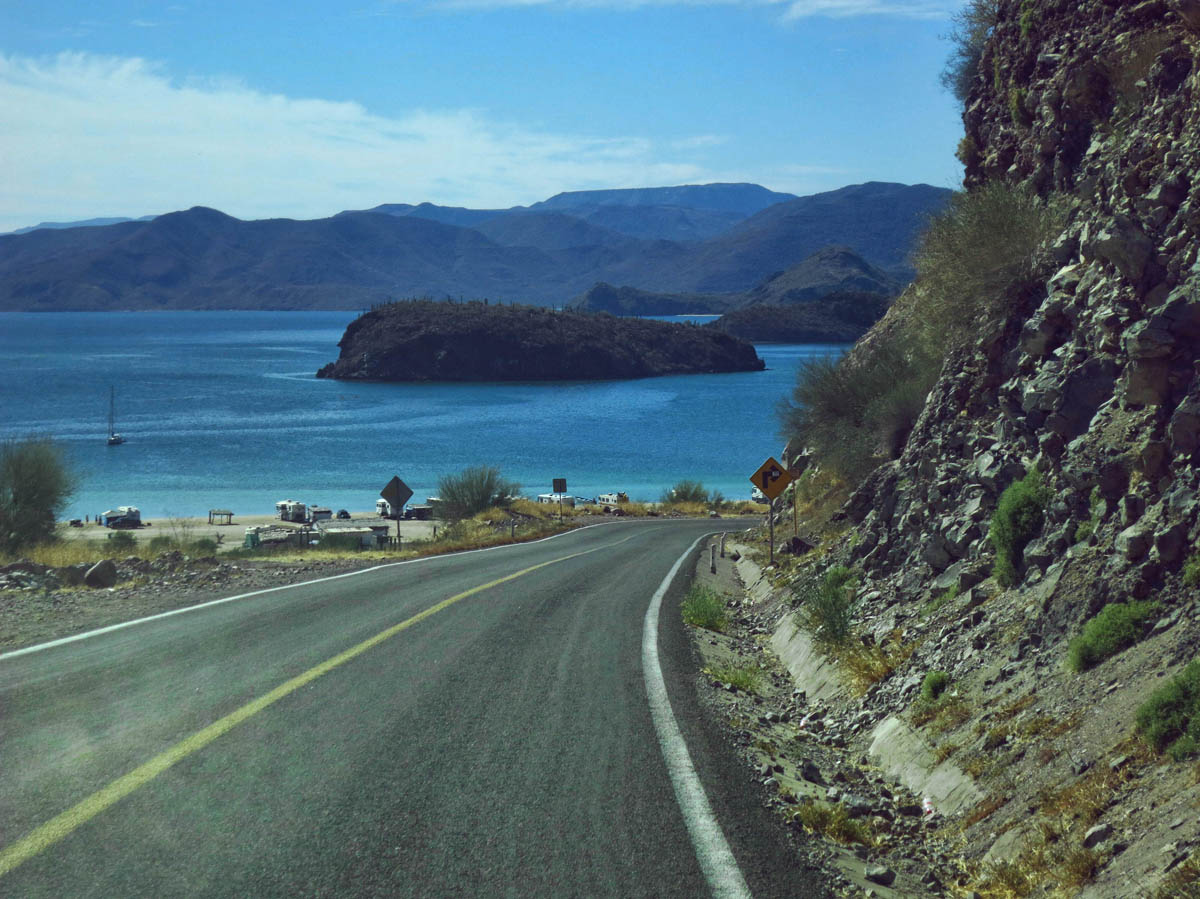 Riding shotgun in Ignacio’s taxi, enjoying leaving the driving to him! 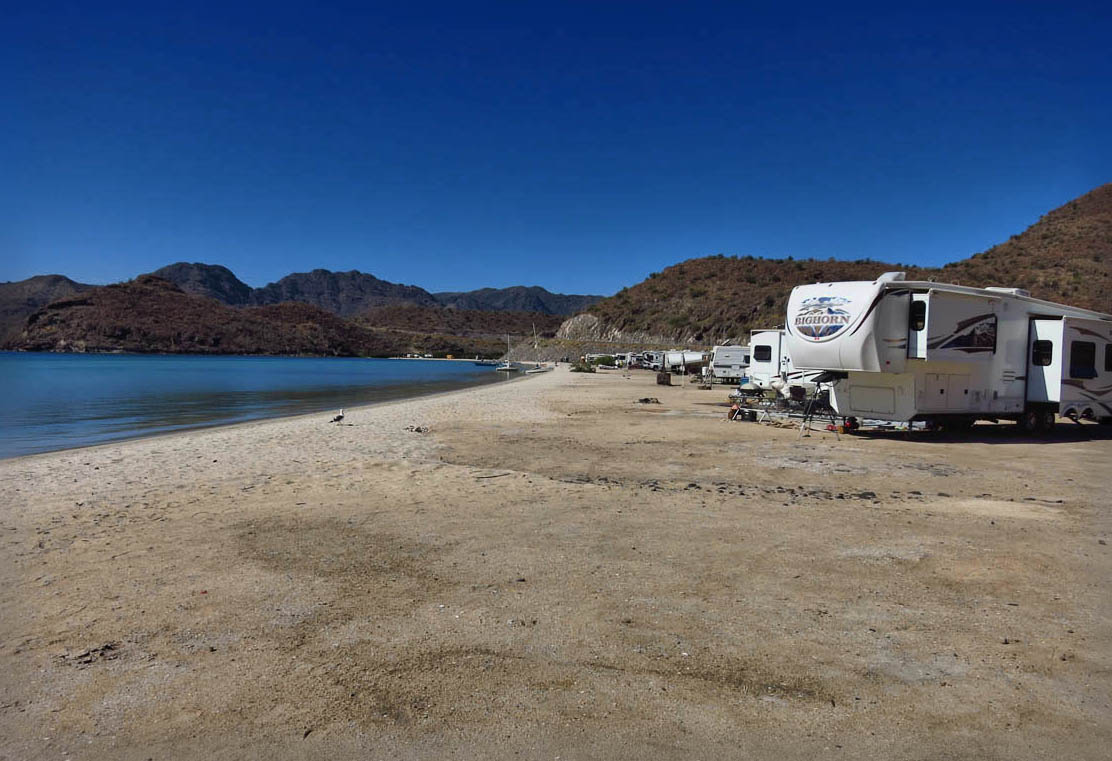 Ignacio takes me to rent a kayak from his friend on Playa Santispac.

So I give Salvador a call.  He is booked the next day, but he offers the services of his brother, Ignacio.  For less than it would cost to rent a car, or even fill the tank, we will spend four hours together driving around the Bahía Concepción, doing whatever I would like.  😉  Salvador tells me, “Be sure he takes you to Playa El Requeson.  It’s my favorite.” 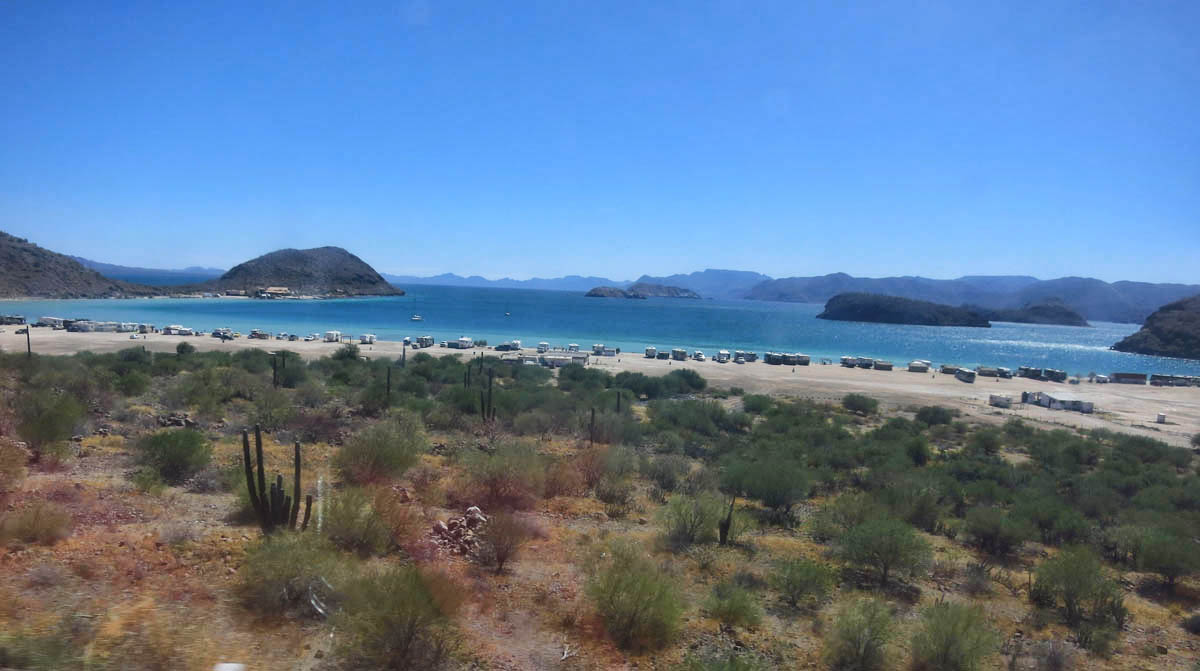 I found the RVers! 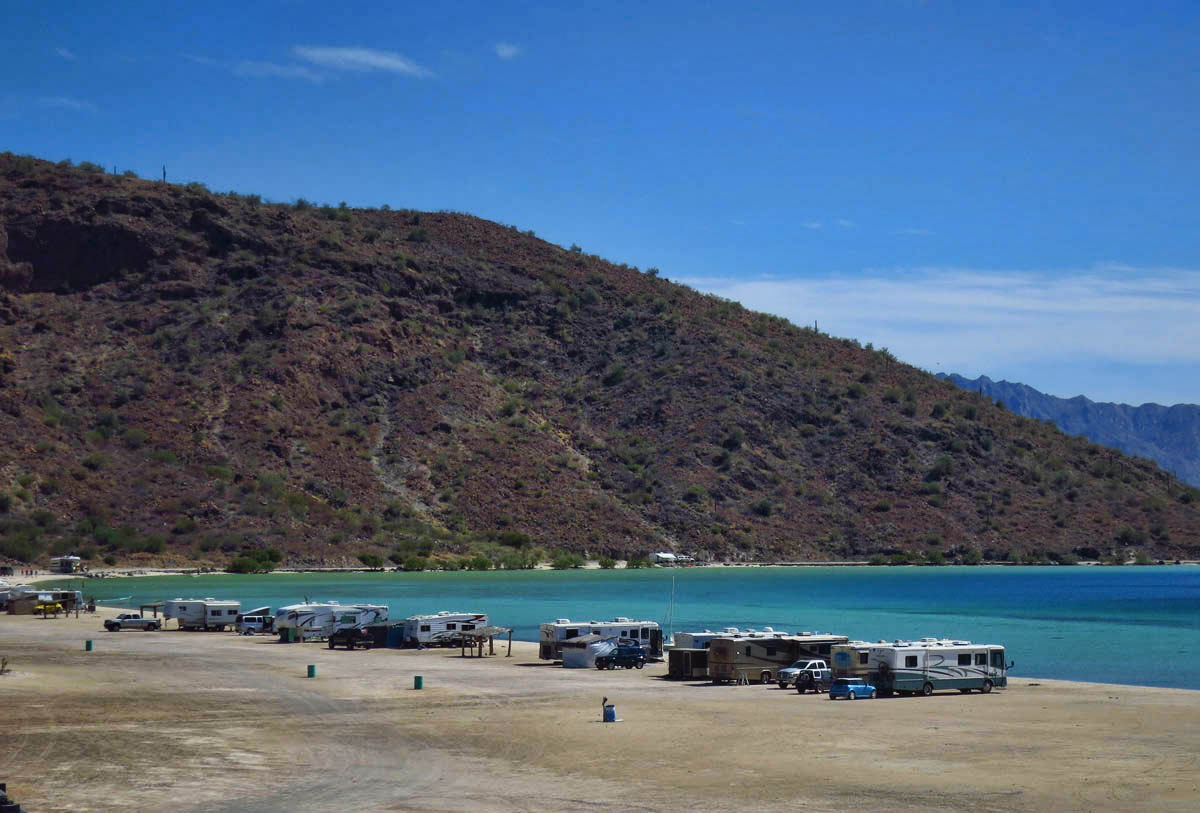 Bahía Concepción is 20 miles south of Mulege, and considered to be the “quintessential Baja.”  The bay has a slender “mouth” to the north, and extends 20 miles southward down the coastline, never more than 5 miles across.  Curvaceous Highway 1 runs alongside the shoreline scalloped with white beaches and aquamarine water. 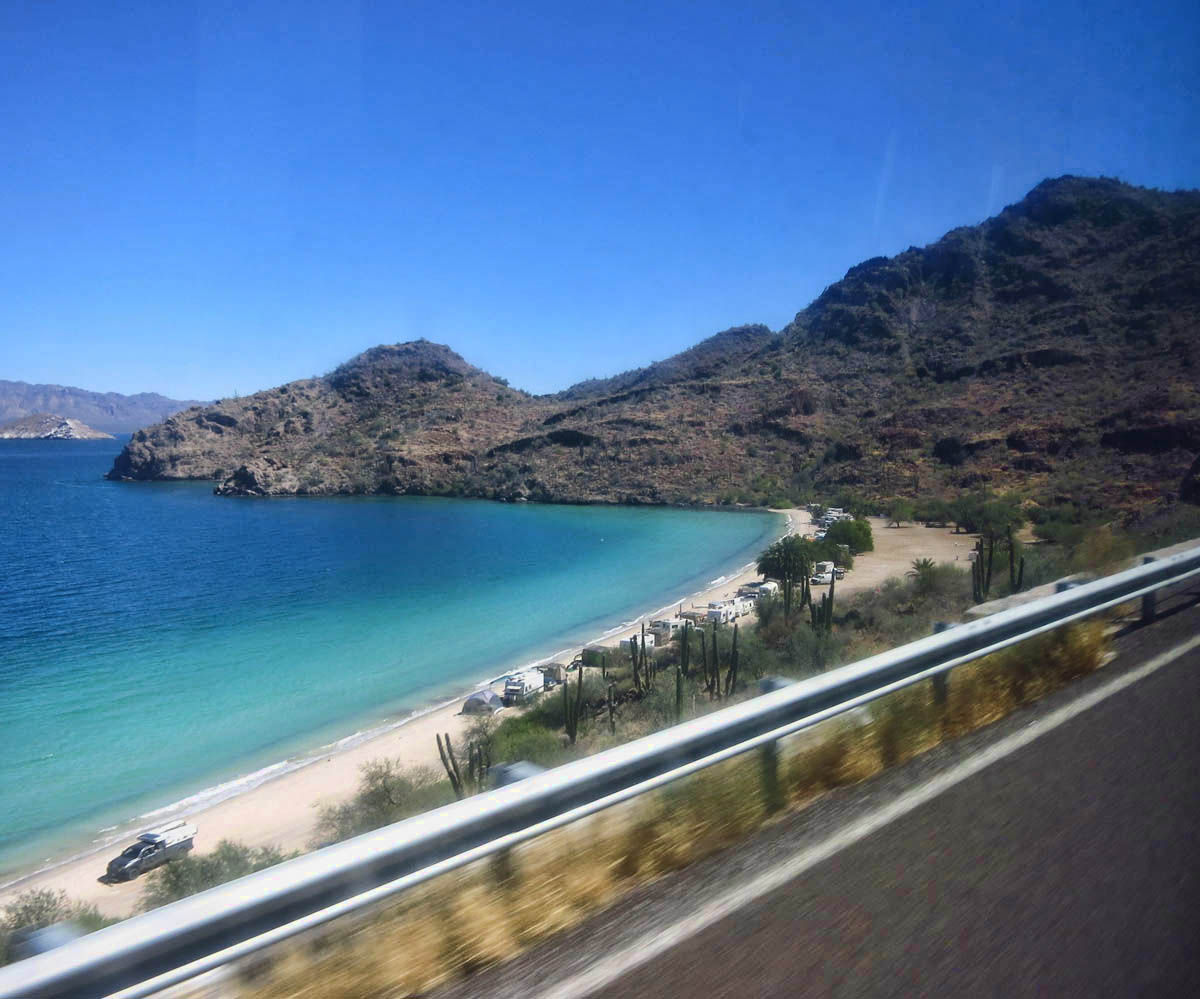 If memory serves me, this was El Coyote Beach 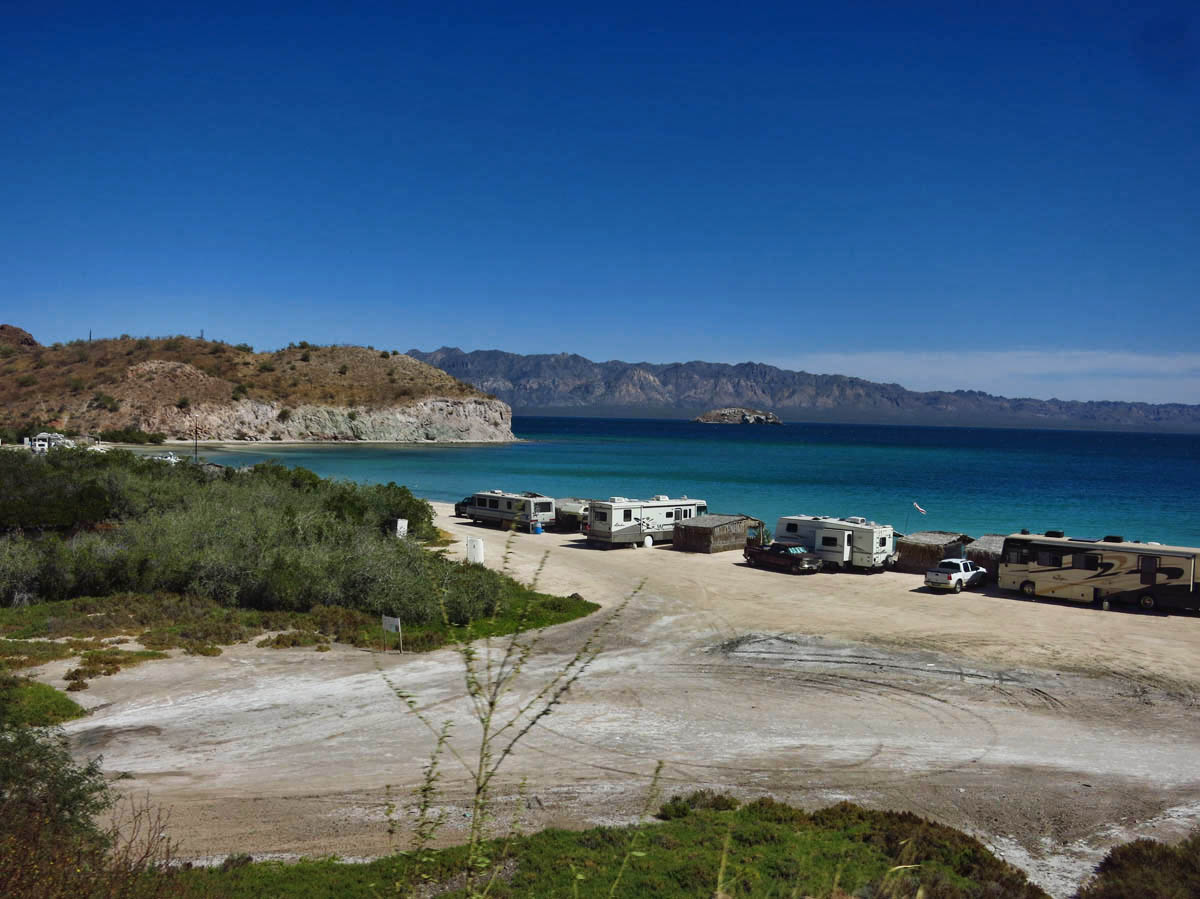 Ignacio picks me up at our agreed upon time of 10:00am.   Although he is right on time, we make stops to pick up his breakfast, deliver a package, and fuel the tank before we get going, reminding me that as mi amiga Contessa always says, “T.I.M!”  (This is Mexico!)  I tell Ignacio I want to visit some of the beaches, as well as rent a kayak.  The Moon Guide states there are few places better to kayak than Bahía Concepción. 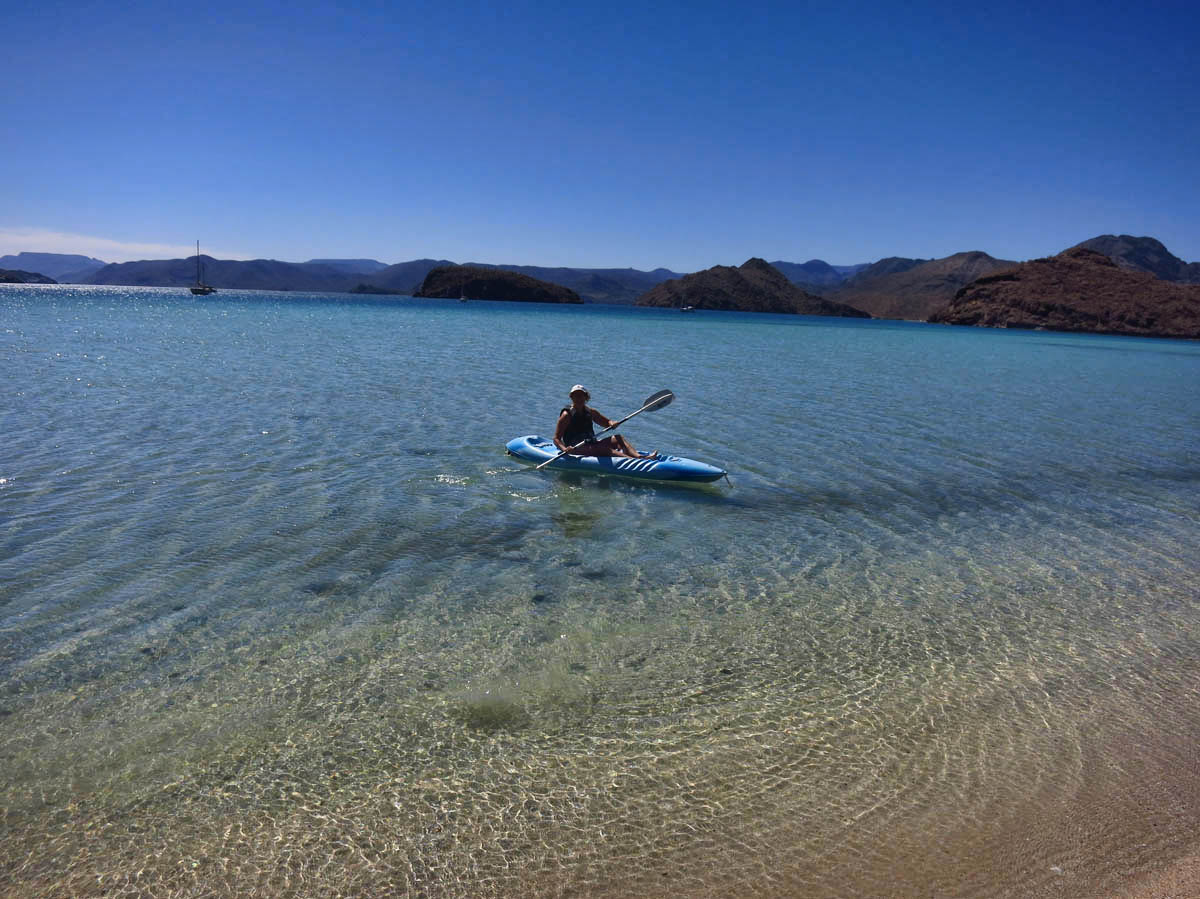 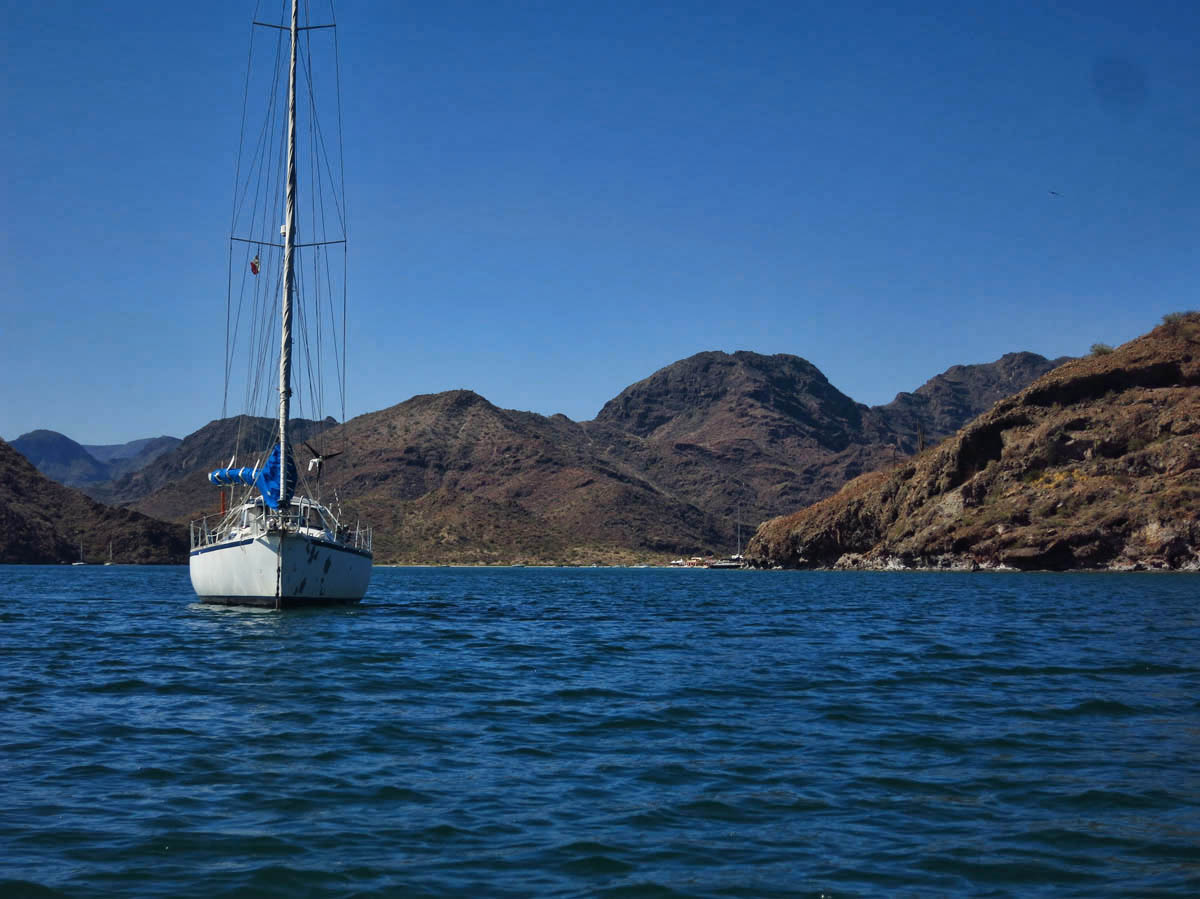 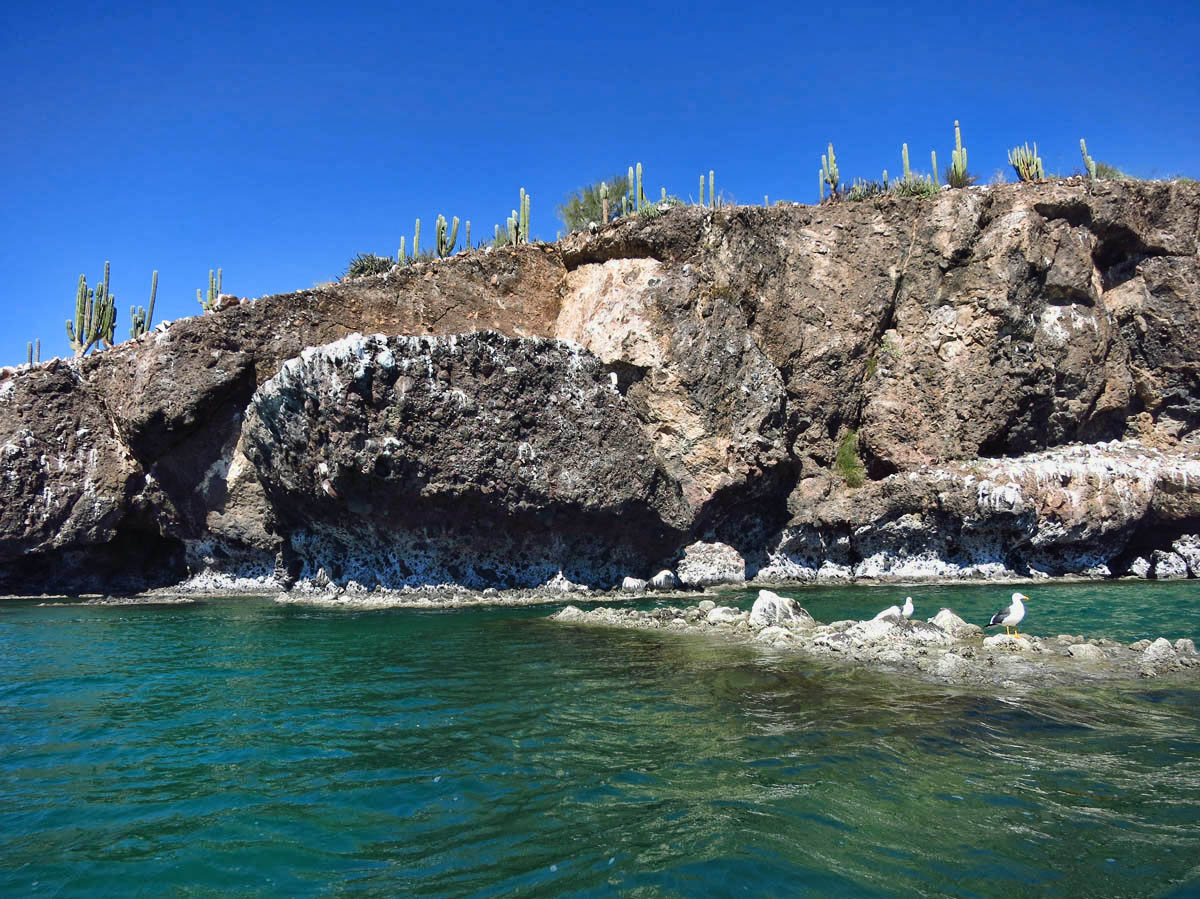 Although the mornings have been calm, the winds typically pick up around noon, so we make my kayaking rental the first stop.  Ignacio tells me he has a friend who rents kayaks at Playa Santispac, so we head down the bumpy road and find his friend amidst a row of snowbirds.  I rent a sit-on-top for 50 pesos for an hour, (about $3 US) and paddle out around one of the neighboring islands, while Ignacio and his friend visit in the taxi.   It’s calm and glassy when I head out, but as I round the island, I see “disturbance” on the surface, which tells me wind is picking up.  I make it back to shore just as the Hobie cat is rigging up to catch the incoming breezes, and just in time to avoid having to pay another three dollars.  😉 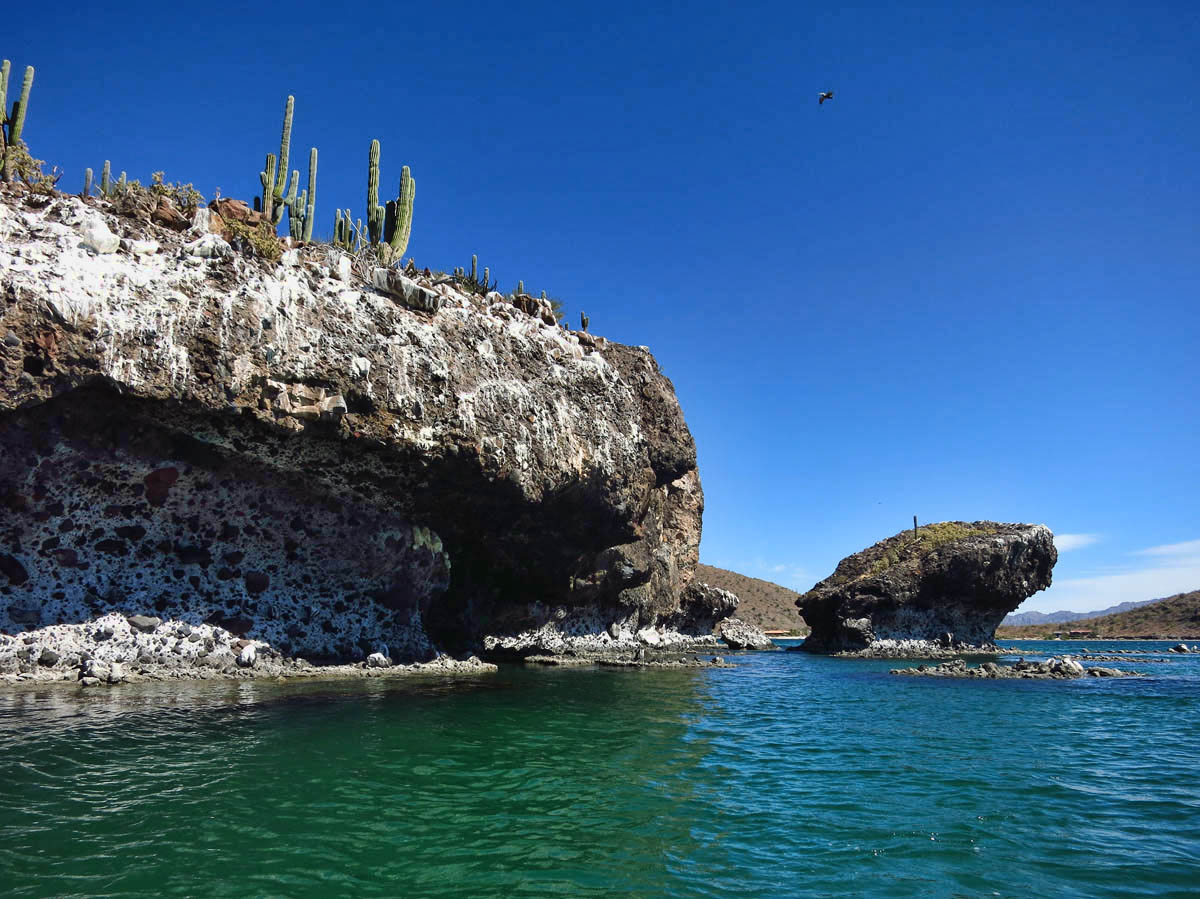 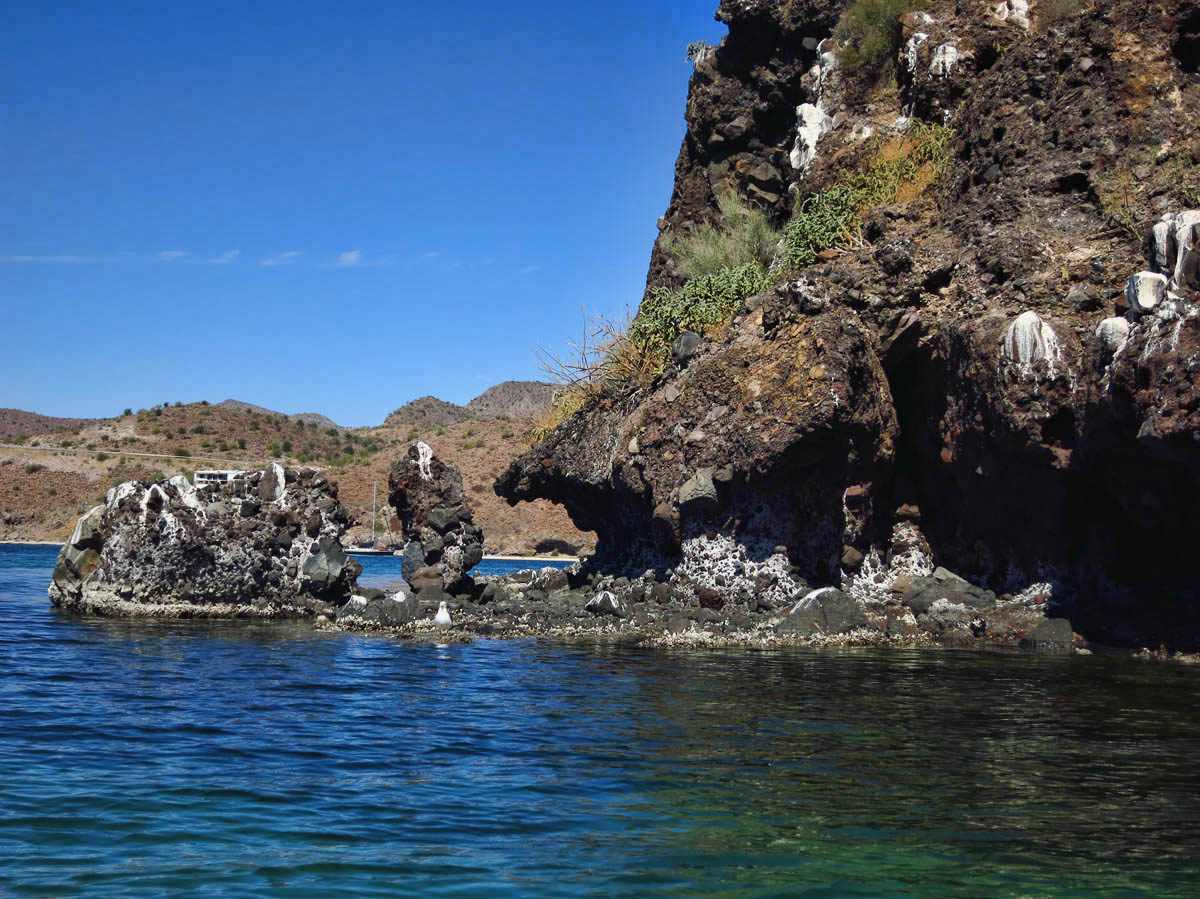 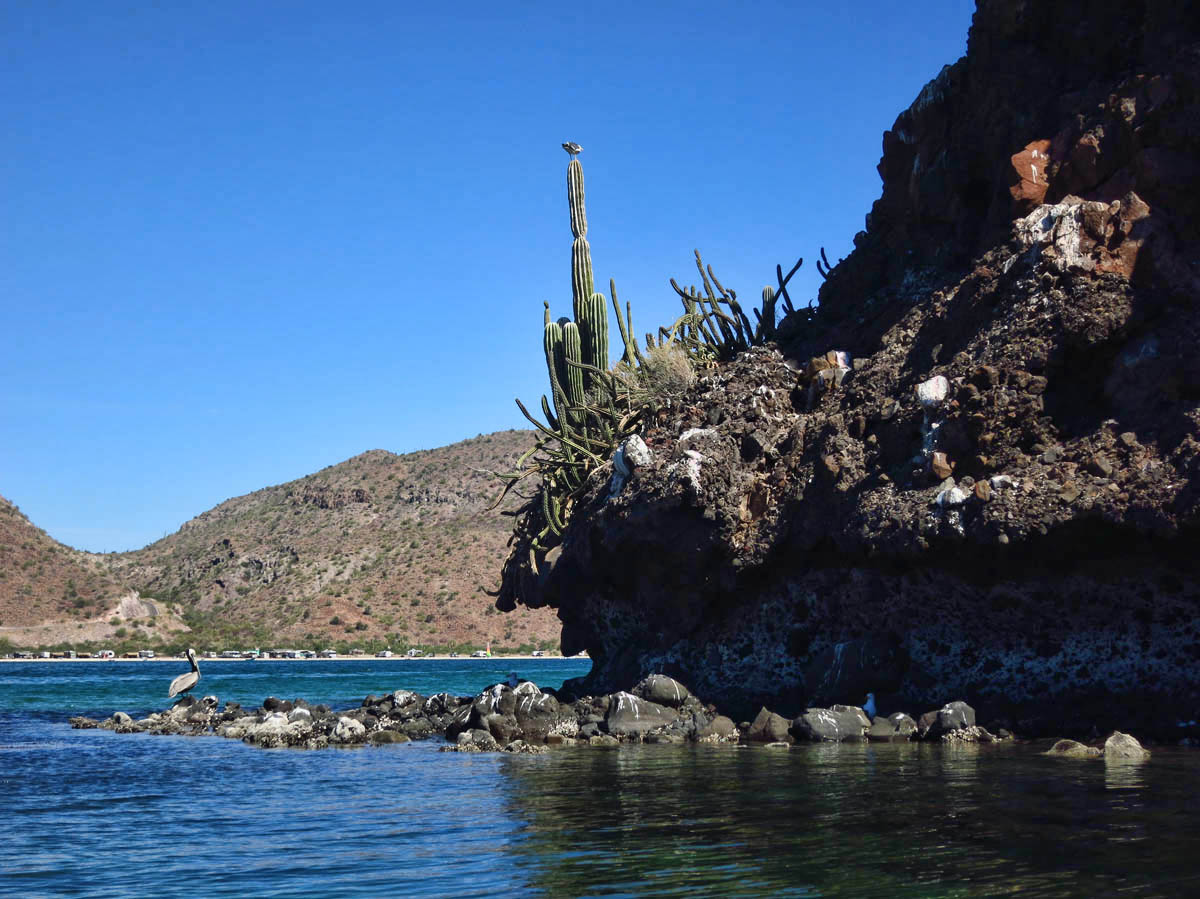 As I have sent photos back home from my trip southward, my brother Don, also an RVer keeps asking “Where is everybody?   I have read that beaches are lined end to end with RVs, but I don’t see any in your photos.”  At the end of this day, I write to Don, “I found them…it’s like Camp Canada here!”   As we follow Highway 1 southbound, beach after beautiful beach is bordered by a continuous fence of RVs, most of them flying their maple leaf flags high. 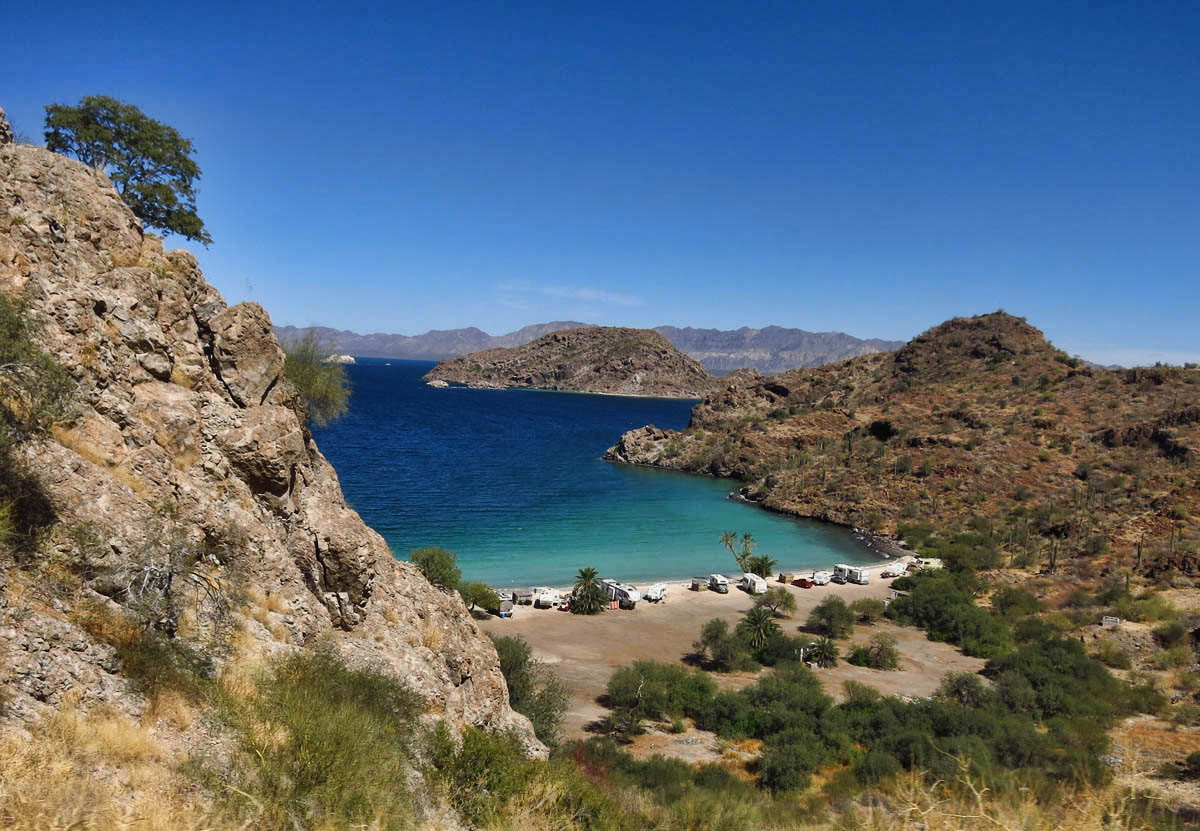 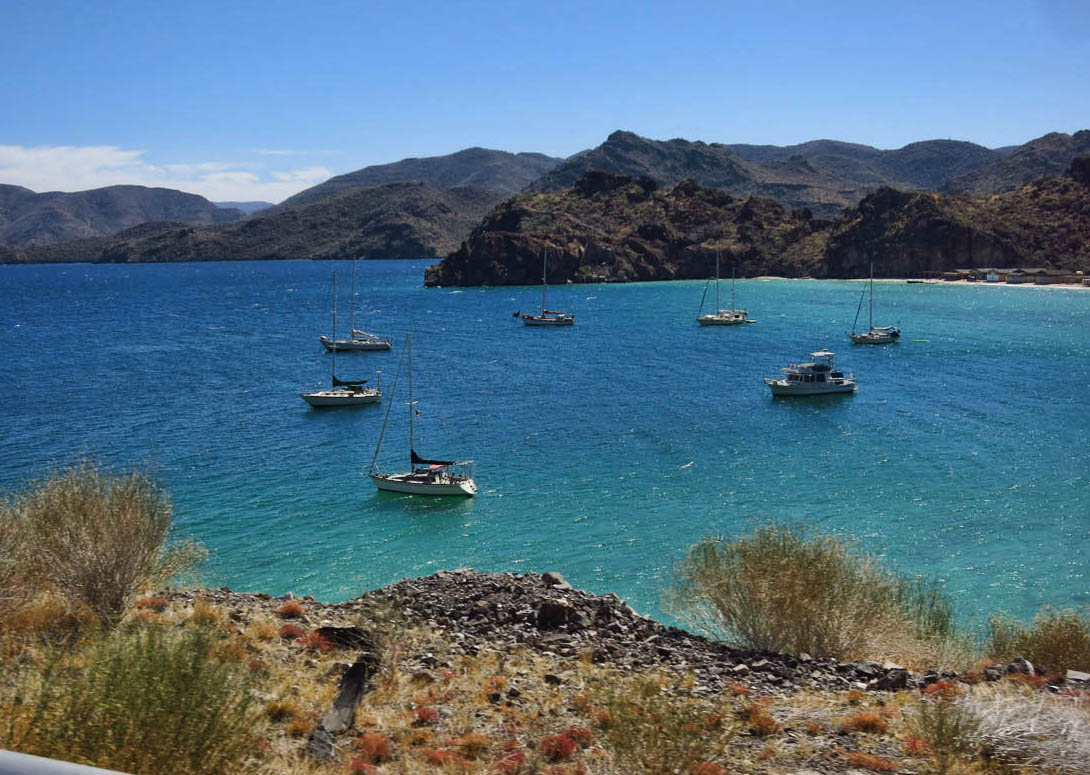 Ignacio stops at several of the beaches to point out certain amenities — El Burro, El Coyote, Playa Coco — one has the best swimming while another has the freshest fish tacos.   I ask a few RVers out and about if there is any kind of signal, but the consistent answer has me wondering why so many snowbirds are content to be disconnected. 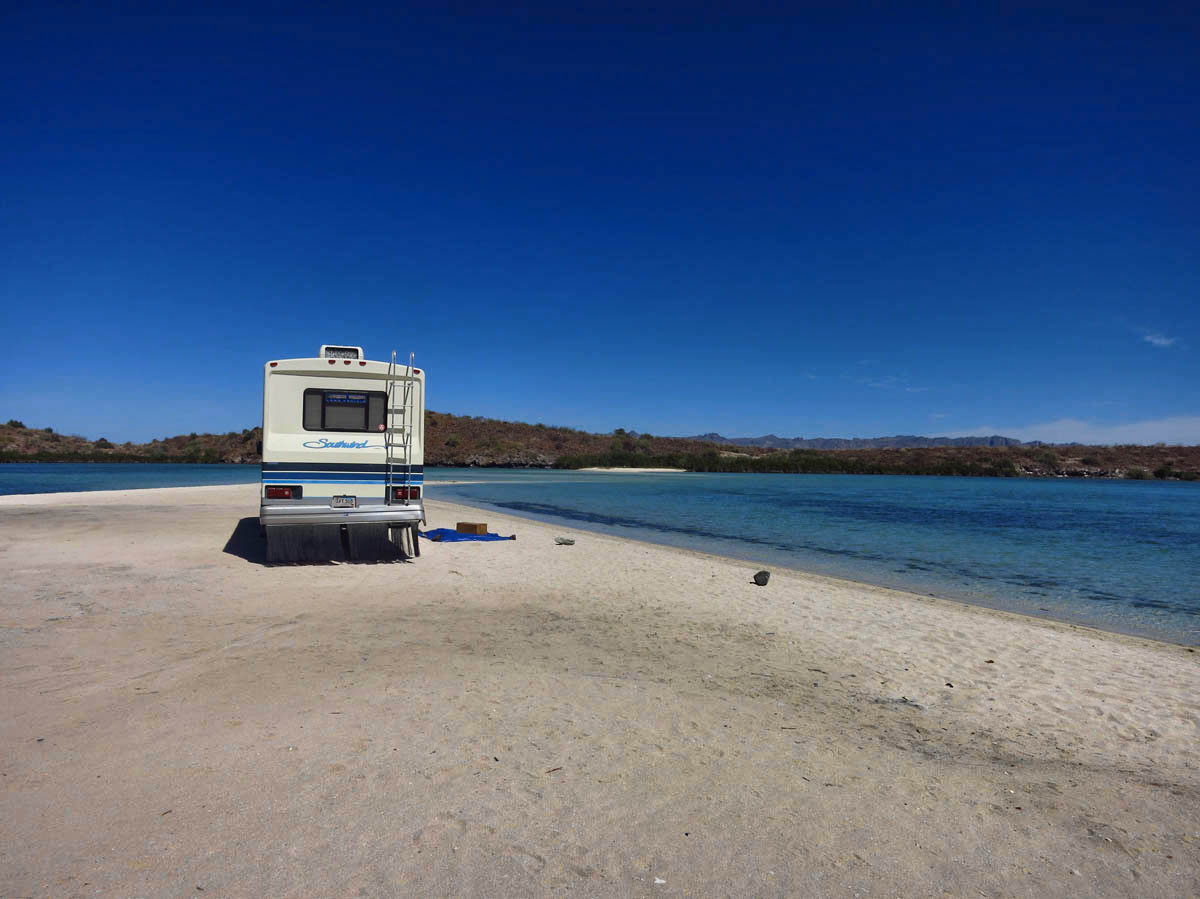 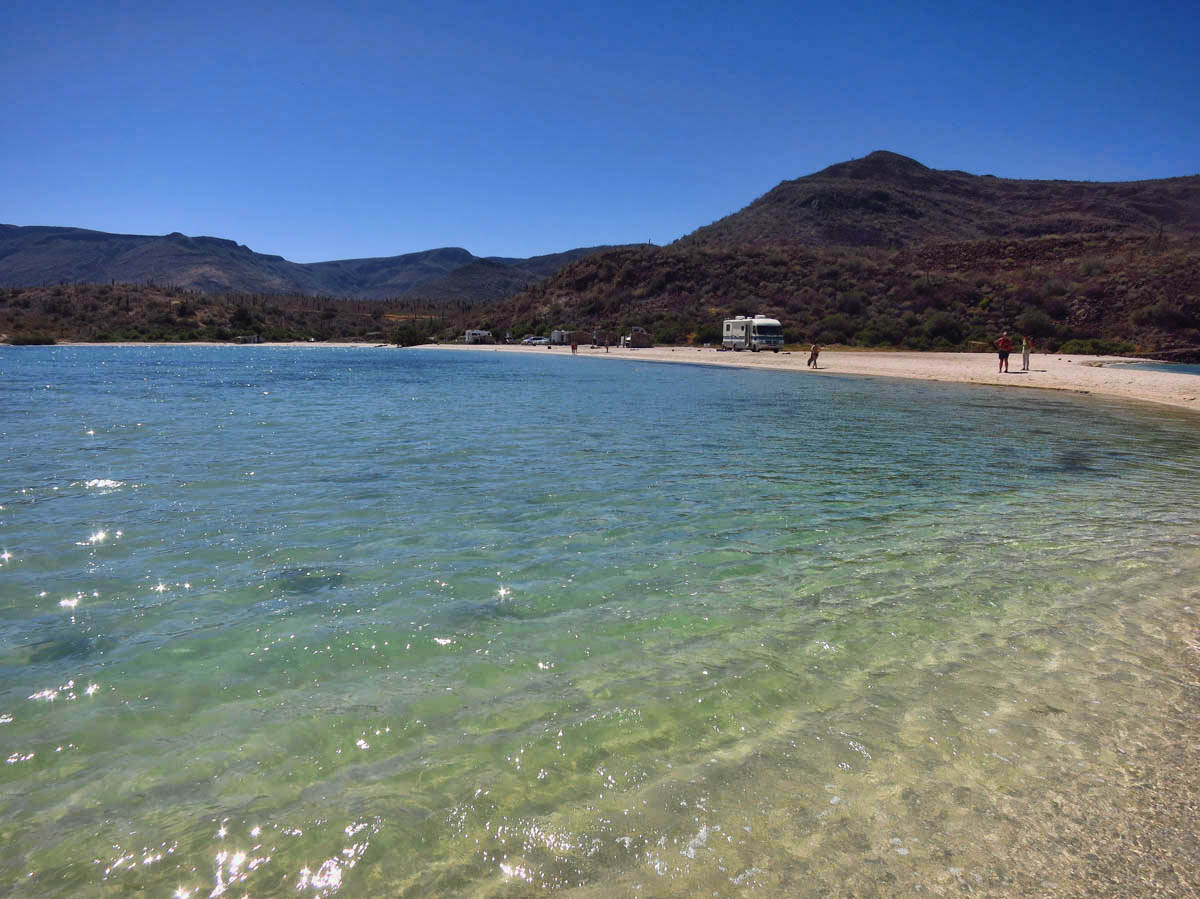 It’s easy to see why this one is Salvador’s favorite. 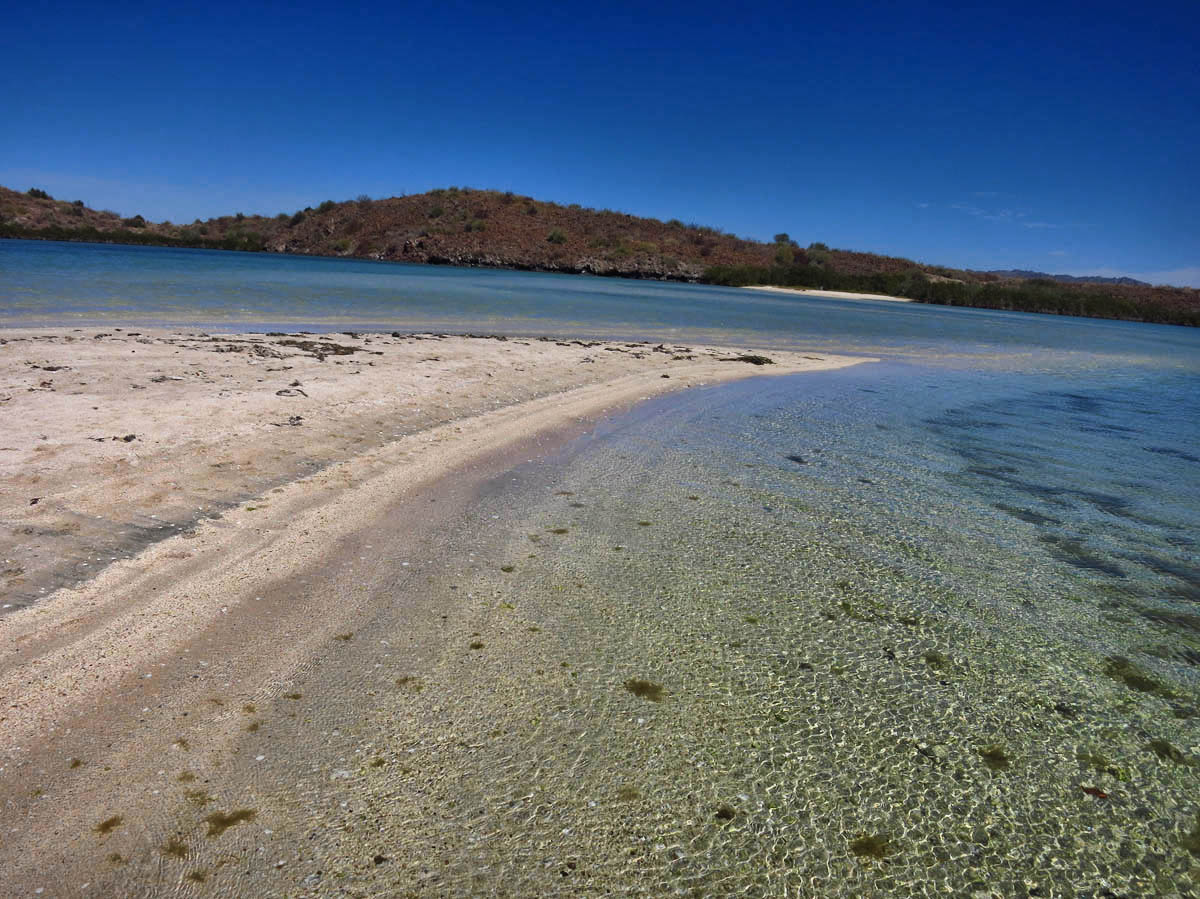 At low tide, it is possible to walk between these two beaches.

Finally, we reach Playa El Requeson, Salvador’s favorite.  I can see why.  Two small, shallow coves are a brilliant turquoise, distinguished by a white sand bar that dips slightly beneath the surface in the middle.  Unlike the other beaches, there is hardly anyone here; one Class A and a pop-up van.  The only reason I can figure is because it’s almost 30 miles back to Mulegé – too far to drive even for an internet fix! 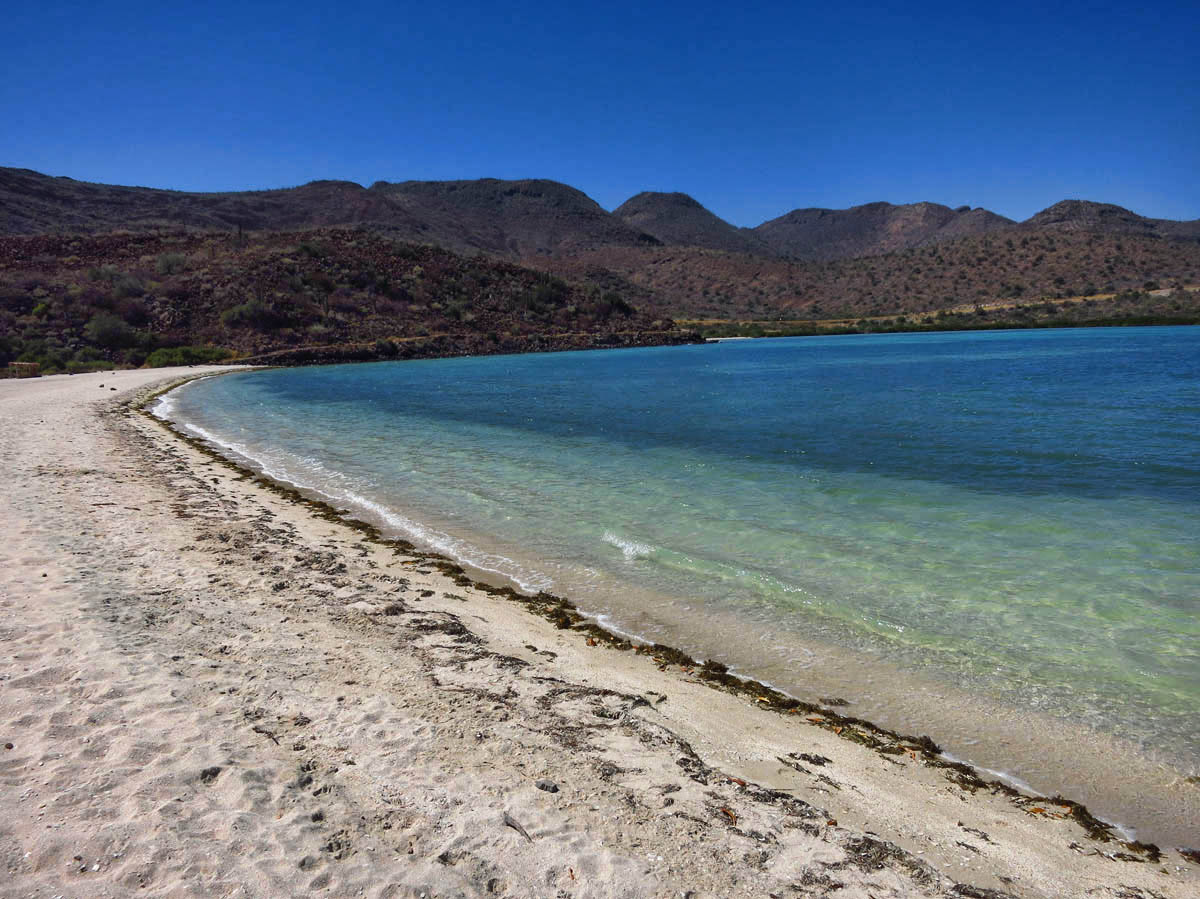 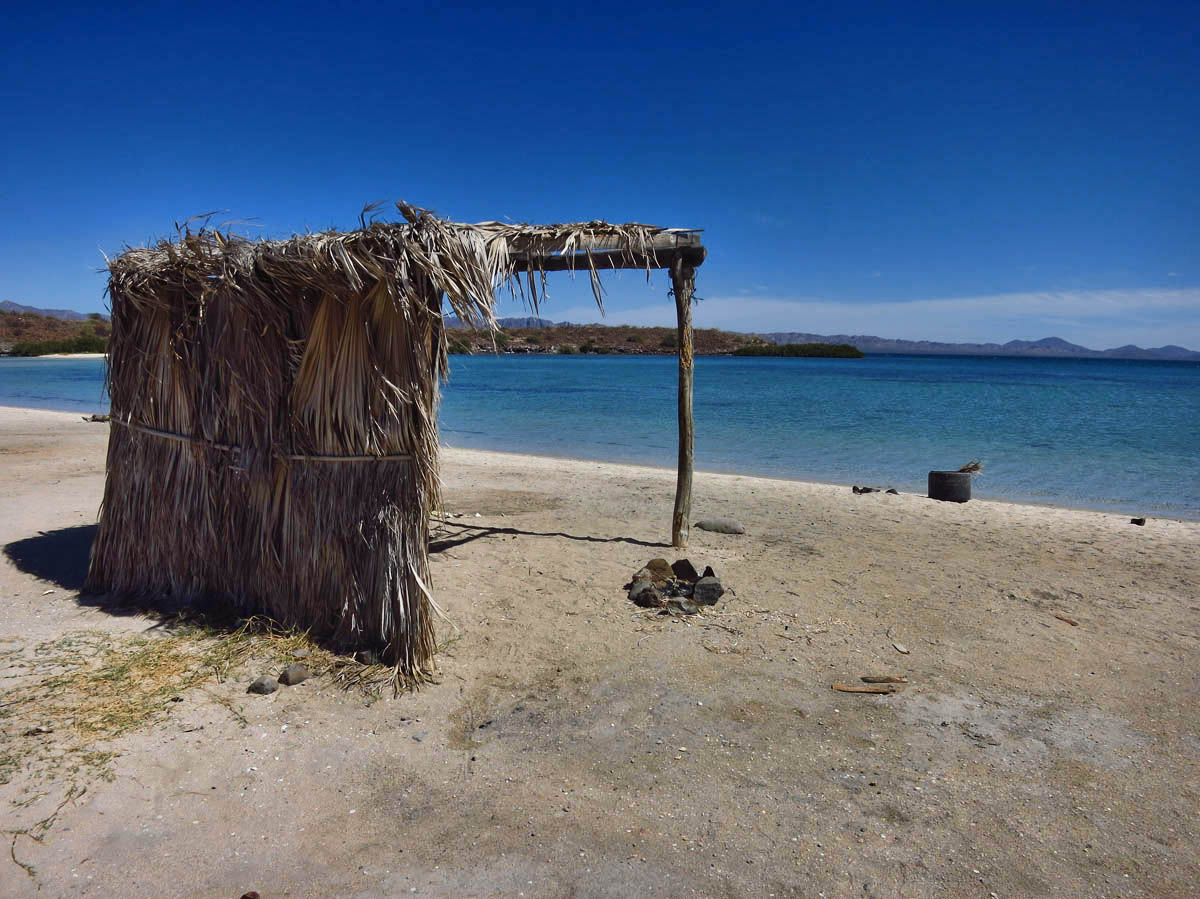 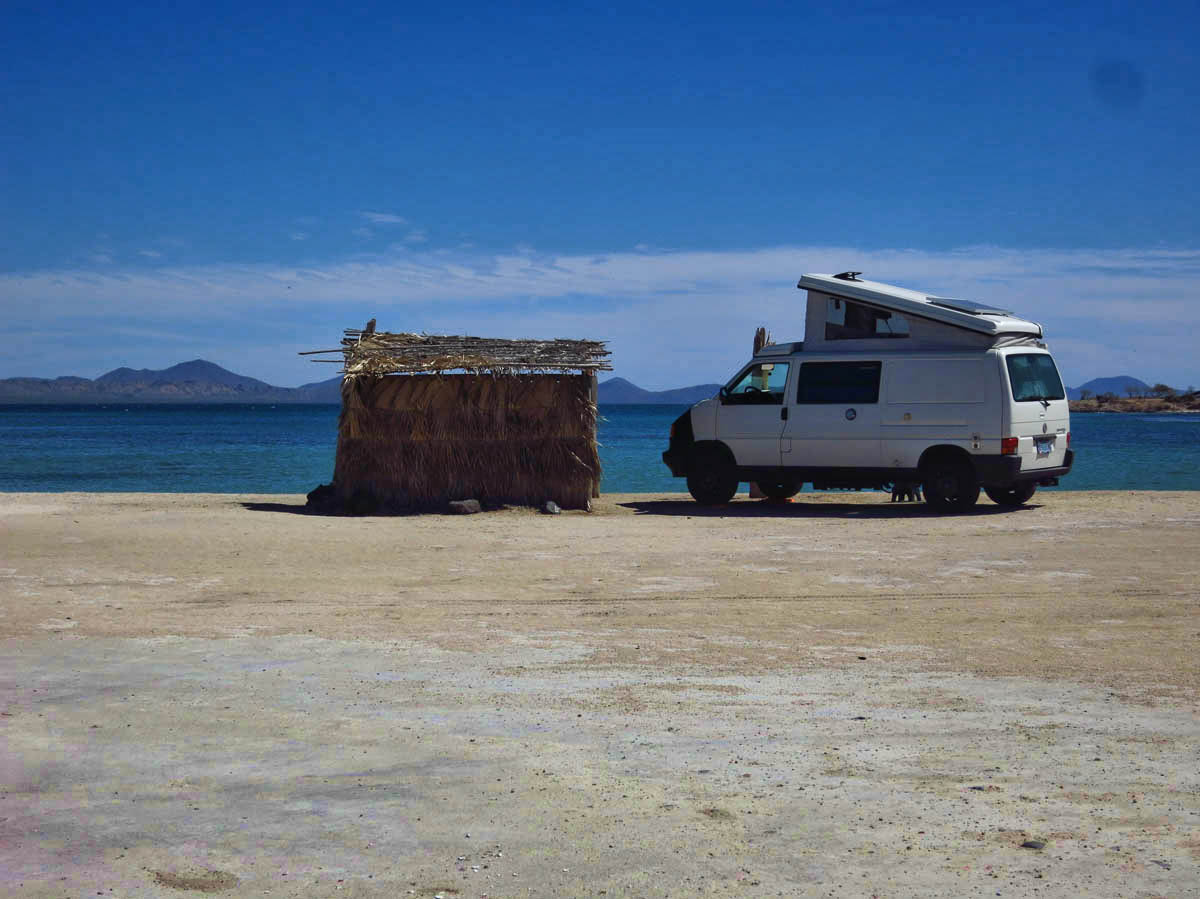 Ignacio tells me we have an hour until he has to be back in Mulegé, as he has to meet someone at 2:30pm.  After a bit of beach combing, I pull out my handy REI folding chair, a worthwhile purchase for any backpacker, made at the recommendation of John and BJ Schroeder in preparation for our Black Canyon of the Colorado kayak trip.   I stretch my legs out in hopes to even out my “hiker tan” while Ignacio takes a siesta in the taxi.   As the bewitching hour approaches, I ponder the cross-cultural irony of an American retiree with no place to go, waking someone up from siesta so they are not late for their 2:30pm meeting.  After all, “This is Mexico!” 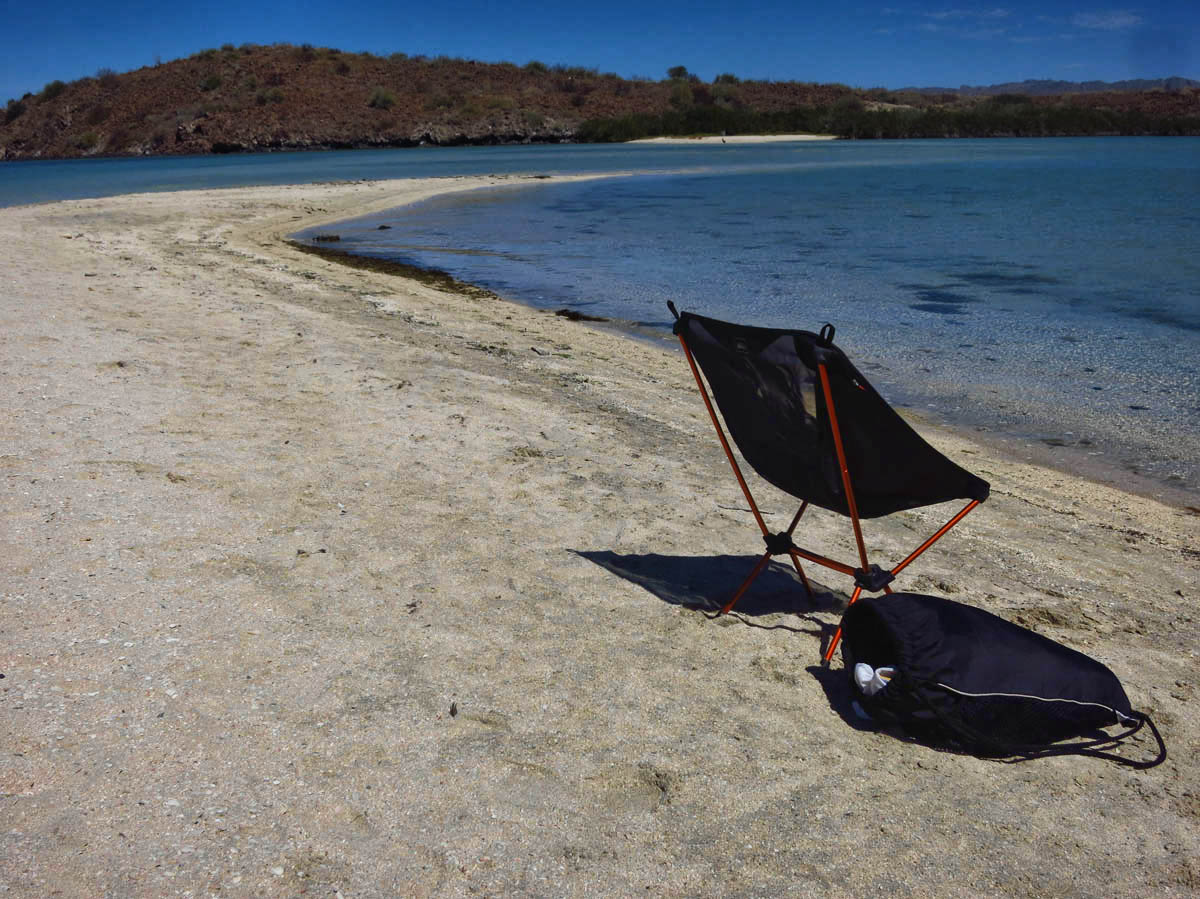 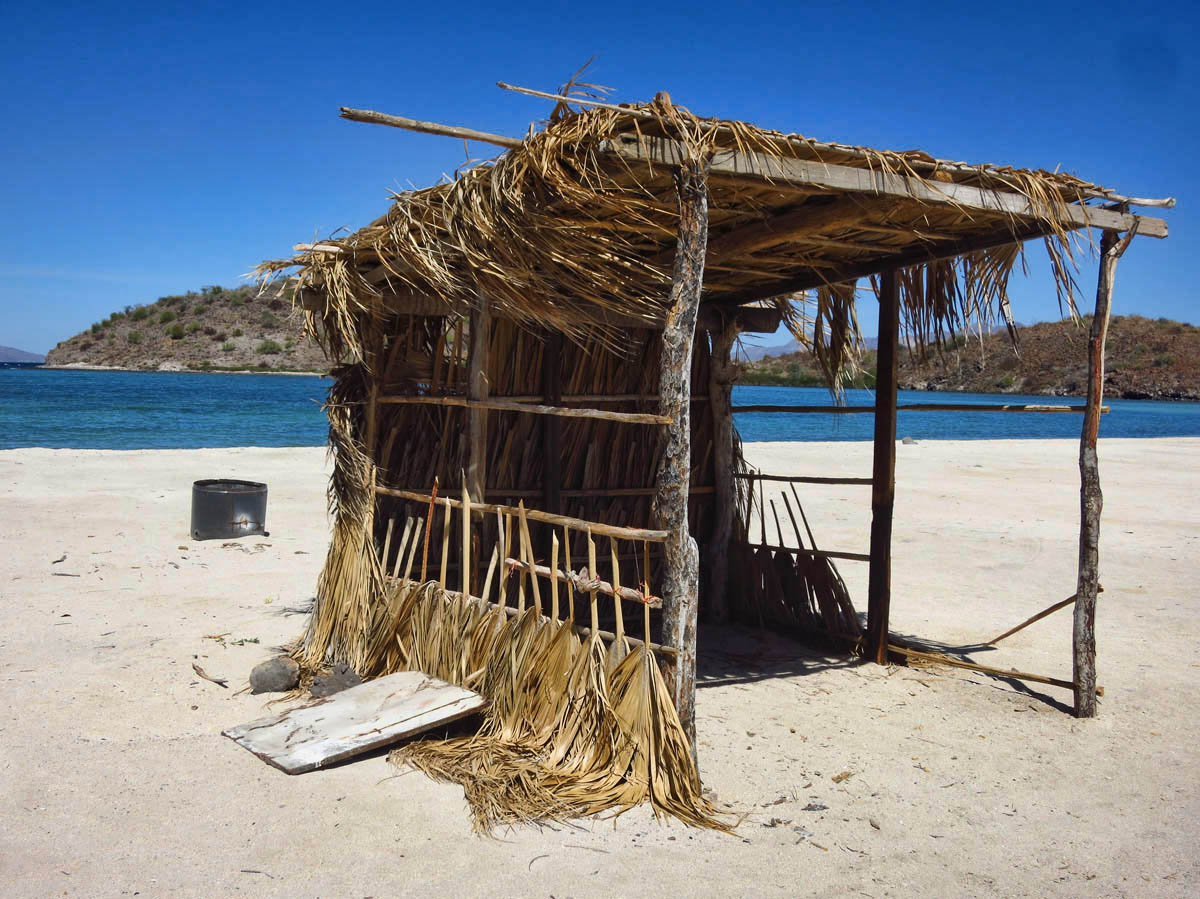 17 thoughts on “The Curves and Culture of Bahía Concepción”